BENEFITS
OF THE SOLUTION

Detoxification and elimination of mycotoxins

Mycotoxins are toxic secondary metabolites produced by fungi that can be present in feed and its components (grain-forage-silage). They can be formed before harvest, during storage of raw materials and in feed stored on farms.
Fungi and mycotoxins have a negative effect on humans and animals. They are the causative agents of mycoses and mycotoxicoses.
The most common are the so-called subclinical mycotoxicoses (absence of visible symptoms), which affect animal health. They have immunosuppressive effects, damage the intestinal mucosa and liver parenchyma, affect reproduction and ultimately reduce animal performance and the quality of the final products. All this causes economic losses to farmers. 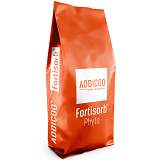 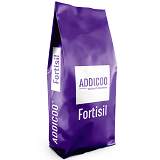